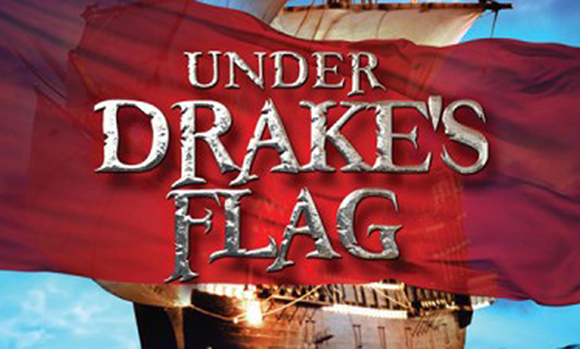 Veteran audio drama master and all-around-great-guy Mark Drury flew in from Colorado Springs to spend the week in Rojo’s studio creating custom sound effects for a new five episode audio drama based on a G.A. Henty novel. Under Drake’s Flag is about Sir Francis Drake and his adventures at sea during the 1500s. Of course, when ships sailed in that era, swordplay was an integral part, so Mark and I utilized our extensive fencing experience to make every scene as realistic as possible. And by extensive, I mean that we’ve been swinging swords at each other in the Foley room for nearly 15 years. From Narnia battlefields to knights-in-shining-armor adventures, we’ve learned the art of creating great sword sound effects. In fact, here’s a shot of Mark and I in the heat of battle in the Focus on the Family Foley room from the late 90’s.